How to get from Ulan Ude to Ulaanbaatar by bus

The time to leave Russia has come and our next stop around the world is Mongolia where we came by bus from Russian city Ulan Ude. After a pleasant surprise by Russia country we are full of expectations, hopefully Mongolia will not disappoint us 🙂 So let’s GO!

How to travel from Ulan Ude to Ulaanbaatar by bus?

Our first stop in Mongolia is Ulaanbaatar, where we traveled by bus from the Russian city Ulan-Ude. We went from Ulan Ude to Ulaanbaatar with the company  Baikal Naran tour and one ticket costs 2200 Rub.

Right from the start we were surprised by the interior of the bus, the driver really cared about it :D. The steering wheel and the gearshift were wrapped with silver balls or violet-decorated pendants really got us. Overall bus was very comfortable and there was enough space for legs. Bus left according to schedule on time but other passengers were still running along the bus and trying to catch it.  We are beginning to realize that the way will be crazy. 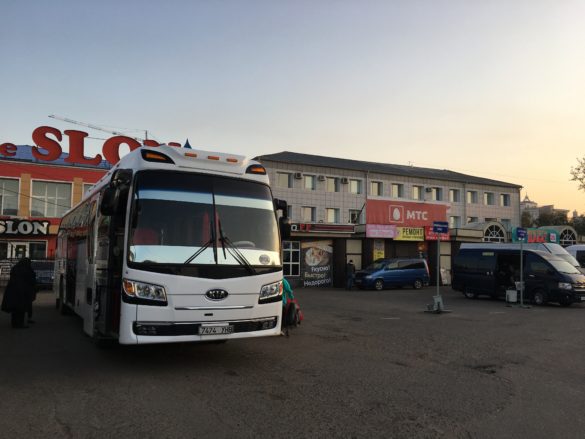 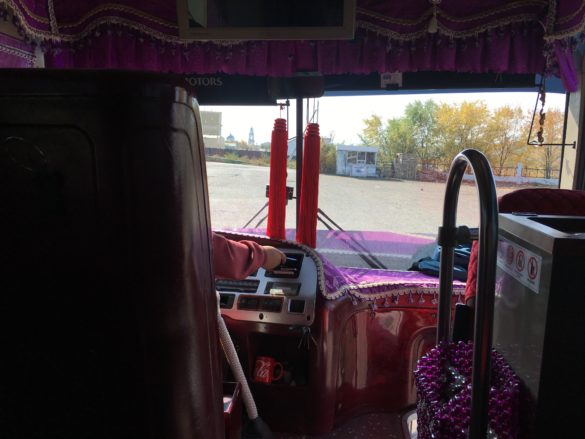 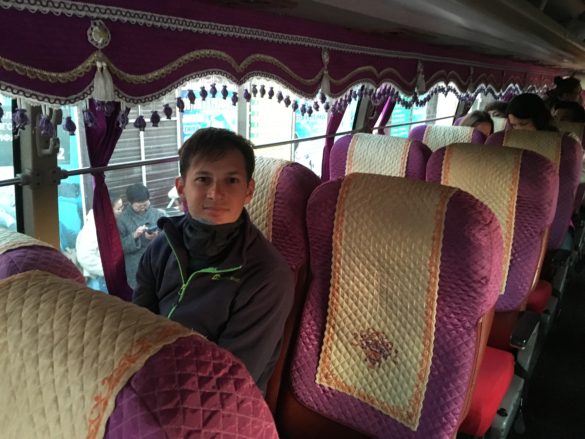 After an hour we stopped for a toilet and a break for smoking ( half the people on the bus are passionate smokers). After another half hour, we stopped by a small shop where another passenger bought  melons and then we could continue. We do not understand at all what is happening and why we stop for any crap.

We are finally coming to Russian control. We had to take all things with us (including our heavy backpacks) and go through scans and passport control. Our entire bus is also controled and checked by the guard.  After a successful check, we drove for about 10 minutes and arrived at the Mongolian border. Again, we have to take all things and go through the passport and baggage check. It all takes quite a while, but it turned out well and nobody from the bus got stuck  at the border 😀 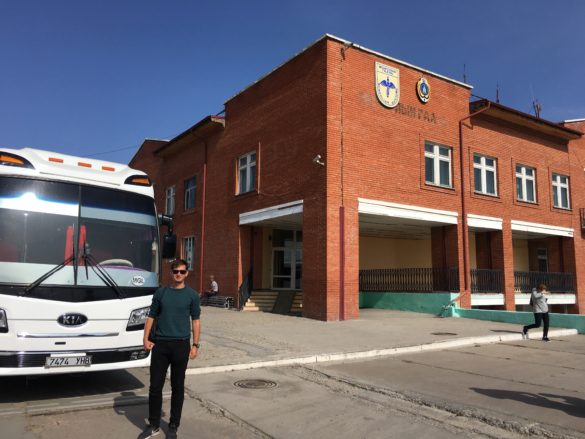 Bus is only 2 km away and we stop again so that 3 people can offer us to exchange Russian rubles for Mongolian money (Mongolian tugrik). We made a circle with them on bus around the village and stopped by something that looked like a hostel and restaurant. The Mongolians went to eat in the restaurant and tourists mostly bought chips or biscuits at the store. We didn’t really like the restaurant and we didn’t understand anything in the menu. We were surprised that even in a remote village near the border you can pay by credit card! Superstition that you have to pay in Mongolia mostly with cash, we refute: D 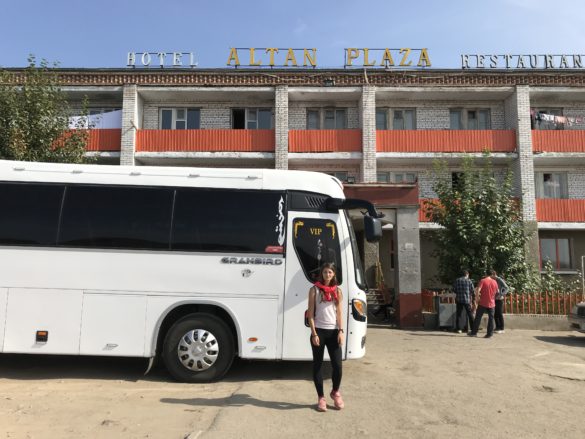 After lunch we finally continued. But there was a terrible finding, the road to Ulaanbaatar is not paved! It’s just clay, sand and gravel. Not only does it throw us from side to side, the trip is neverending and everyone is desperate. Moreover, there are frequent breaks for the toilet (it was also a cultural shock) and smoking and we feel that we will never make it. Along the way we met cars that have fallen a wheel, broken tire or have another kind of breakdown … 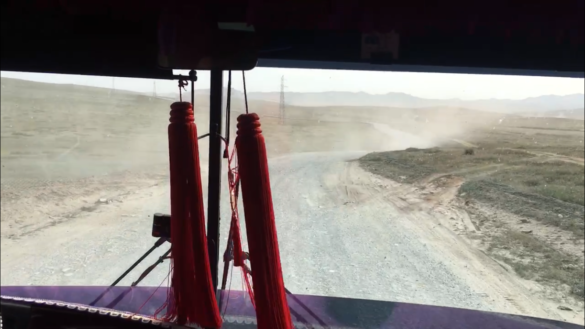 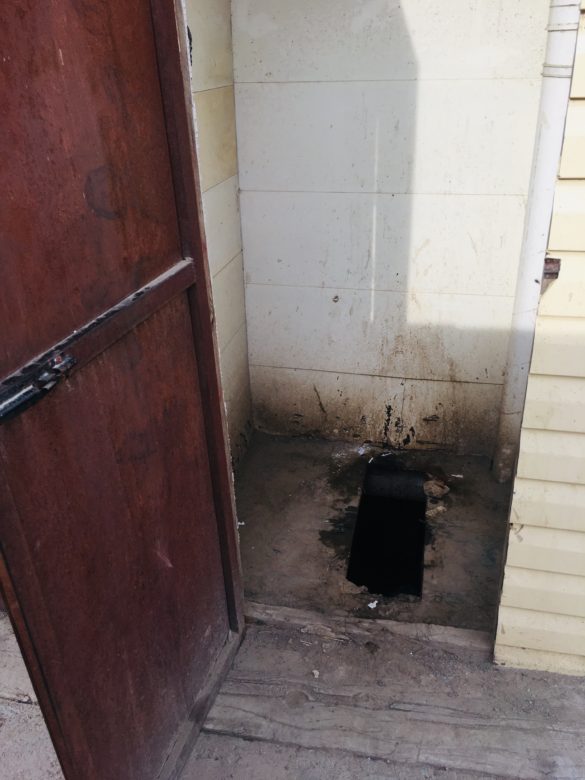 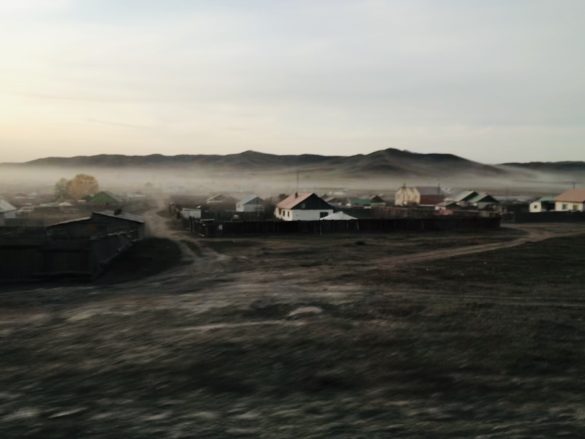 Arrival time was 8:30 pm but we arrived around 11 pm. Well it was tight:D. We took our backpacks on our back and hurried towards the accommodation, looking forward to eating and bed. After an hour we arrive at the street where the hostel is supposed to be located, but we didn’t see any signs or anything that would help us identify the hostel. There were only flats and some school. Anet sat down on the bench to watch over backpacks while Tom was running around, searching and asking people if they had ever heard about Mongolian budget hostel. But without success. Even some half-naked sleepy man  opened door for Tomas, and instead of scolding him for waking him up, he was willing to help and friendly.

We were thinking what to do next but a miracle happened! Group of people came to the apartment house where Anet was sitting. We asked them if they did not know where the Mongolian budget hostel was. No one (neither we nor her drunk friends) expected the lady’s reaction. She invited us in and told us to sleep on her coach. We couldn’t lose anything, so we followed her.

She gave us wine and something to eat (beans with egg and vegetables, apples) and we tried to communicate with them in English-Russian language. It was fun, because we found out that her husband had visited the Czech Republic a few years ago and he know Prague or Zlin, he could say words like beer, potato or not working. We gave him a slivovitz and he drank it as if was water: D. Around 3 am we all started to get tired (they slowly sobered) and we decided to go to bed. 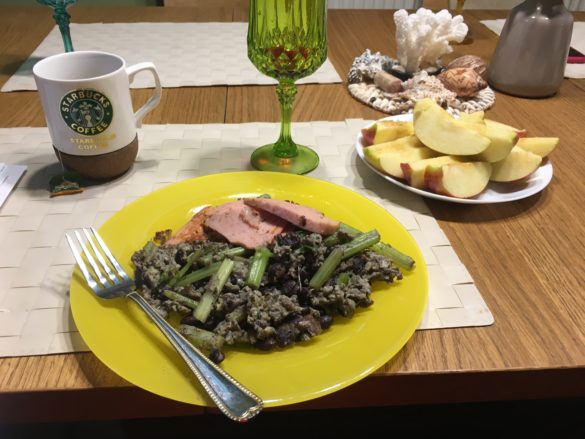 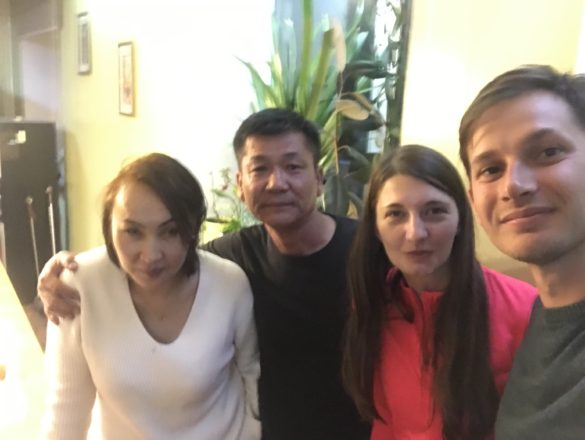 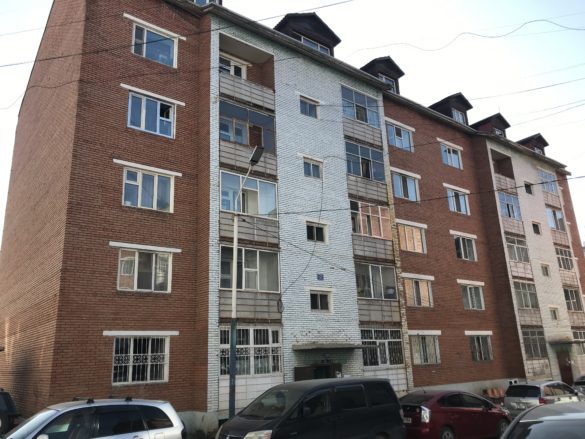 We woke up and bookend another place to stay. We left a thank-you note and a cigar on the table (we noticed that they were smokers) and went to find our new accommodation. That day we just managed to buy a Mongolian SIM card from Mobicom, which was, like in Russia, very cheap.

Things to know before traveling to Mongolia