10 things to know before traveling to China

We have been traveling around China for one month with trains and buses. During this period, we got to know its culture, cities, people’s behavior, and we tried to understand the regime that exists in this country. We were expecting a huge cultural shock, but instead of that we have a lot of unforgettable experiences and, overall, this country was a positive surprise for us. However, before traveling to this country is really important careful preparation, as China have different fonts, language and a ban on using Google and social networks. These things can make life really difficult.

There are only few people who speak English language in China, and if do, you can find them in larger cities. Therefore, it is good to learn at least basic phrases, showing numerals on hand and remembering signs for the cardinal points (practical if you plan to travel by train) before going to China. We also recommend downloading Baidu Translator and buying a prepaid SIM card in China that is cheap and really worth it (we paid for 32 GB of data per month 70 yuan – China Mobile). Baidu’s translator worked much better for us in China than Google’s, and moreover, you cannot use Google without a VPN that didn’t always work.

Google and all of its products, Facebook, Instagram and WhatsApp are prohibited in China. Therefore, there are 2 options:

1) You can try to plan everything perfectly at home and break a habit to social networks.

2) Install VPN before you go to China. We chose the second option because the month is a relatively long time. We had two VPNs – Express VPN and Nord VPN. And the best VPN for China (2019) Express VPN worked for us about a week, so we definitely do not recommend it. Nord VPN worked much better, but it slowed the Internet connection. In the end, we were happy to get at least somehow on Google.

In China, it is almost impossible to pay by credit card (Visa, Mastercard), as the locals use Wechat or Alipay.

Withdraw money from ATMs in China

China was a great culinary experience for us. Not only the food was cheap (especially in smaller towns), but it was also very tasty. In China, is surprisingly easier to find noodle dishes than food with rice and when you find something with rice, it’s more expensive. Classical China, which we all know in the Czech Republic (fragile chicken, chicken five smells) did not exist at all. Kung Pao without soy sauce, instead of fried noodles are served noodles in broth etc. Dairy products and sausages are more expensive than in the Czech Republic and their choice is not so wide. You can buy fruits and vegetables almost everywhere and there price is quite low.

When it comes to outdoor dining, most restaurants have a menu with pictures (especially in larger cities). However, don’t be surprised, when the food looks different from the photo. It happened to us quite often with smaller restaurants. We also point out that the Chinese are putting chilli in almost everything.  If you don’t like spicy, I’d rather mention it with every order. Well, the fact that the food eats everywhere only with chopsticks take for granted 🙂 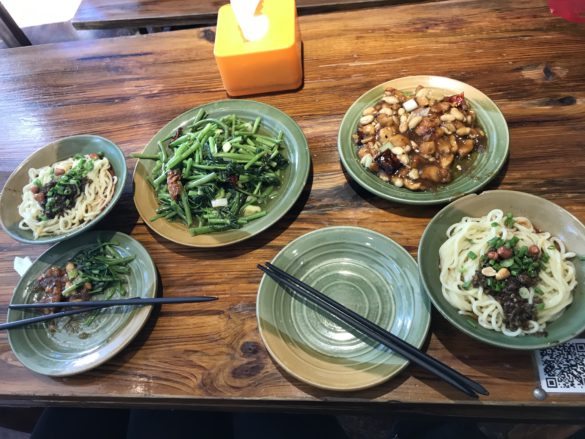 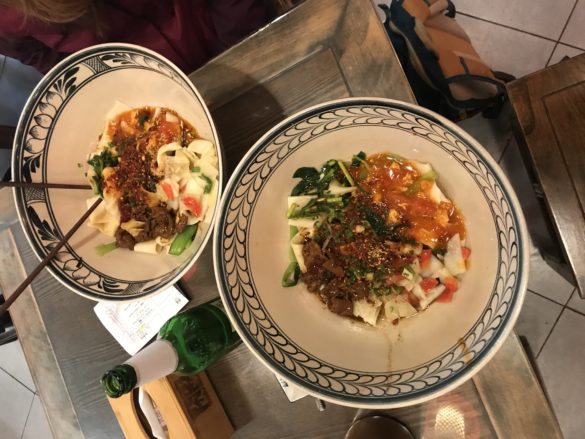 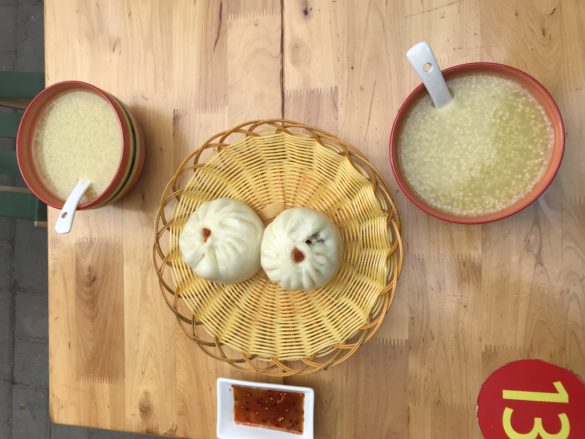 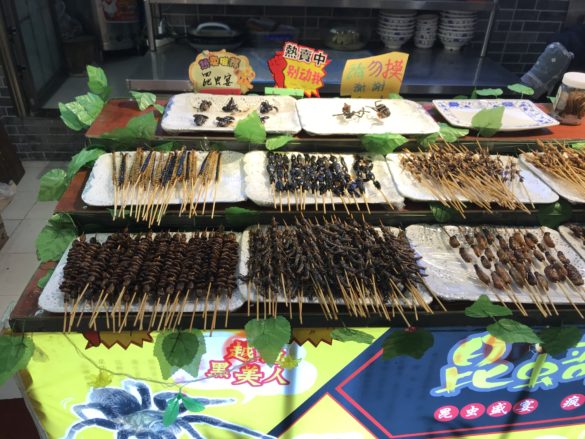 Unfortunately, the Chinese are notorious that they do not mind making all kinds of bodily sounds, so smacking, farting, and sniffing is a daily routine. Another bad habit is spitting, so be careful where you step. To Anet, toilets were the biggest cultural shock, as there were no doors in some public toilets. And also cheap hotels had classic Turkish toilets. 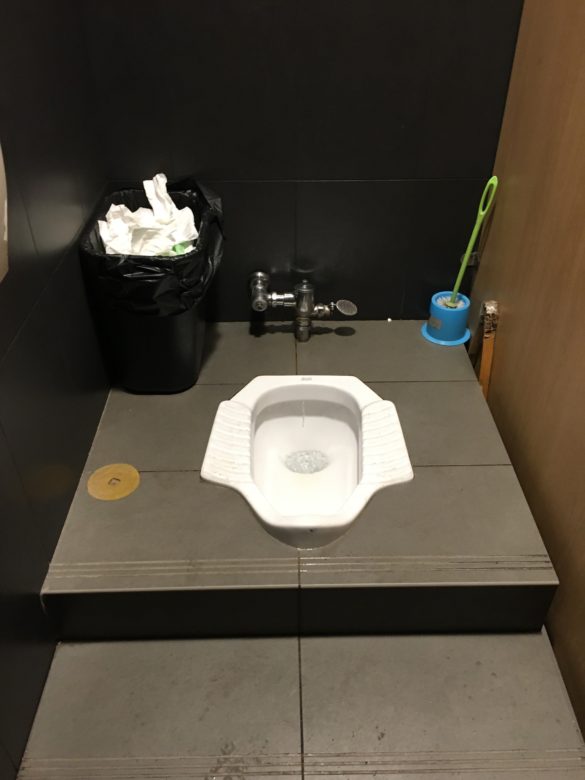 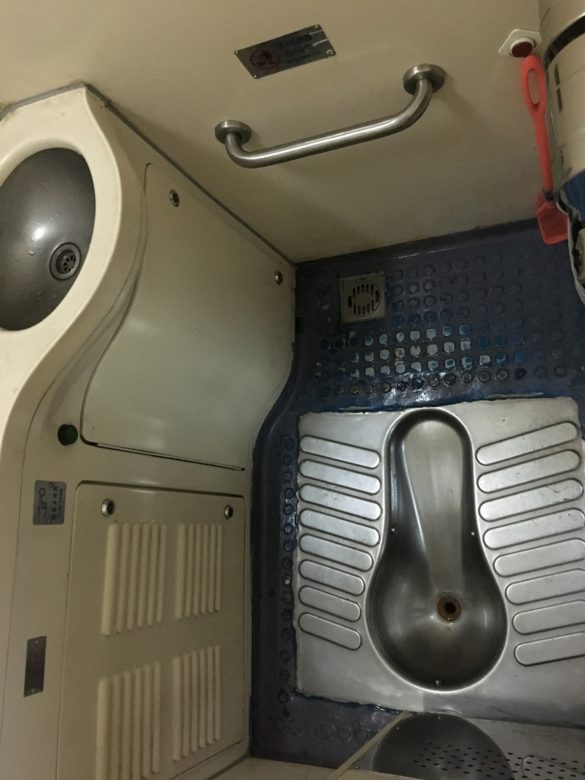 Europeans people are for the Chinese as a apparition. In the beginning, we were shocked how many people were watching us, wanting to take photos of us or filmed us. The smaller the town, the worse it was. In the end, we enjoyed so much attention because we felt like some celebrities 😀 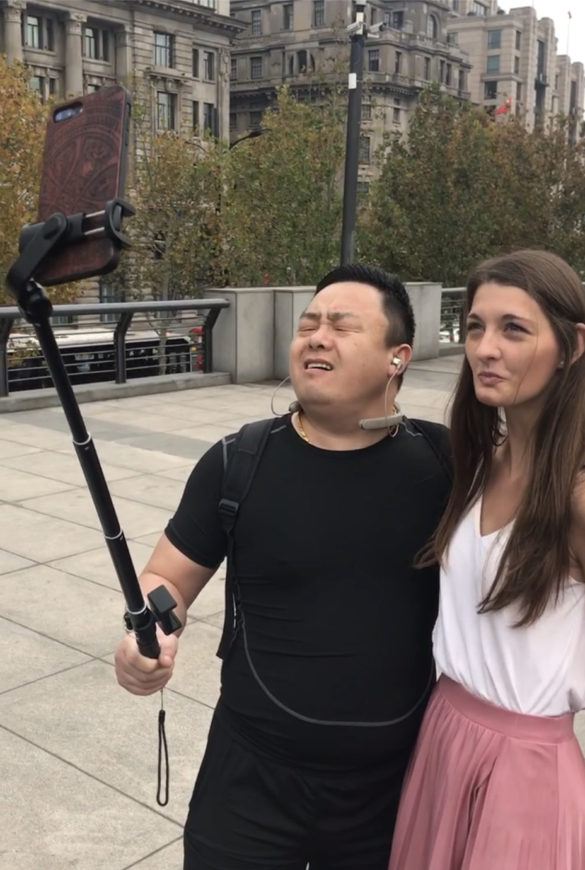 They are obsessed with controls in China. They will take all your fingerprints and take pictures of your face when you arrive at the borders (face recognition cameras are located all over China). Every time you enter the subway, your luggage / backpack will be checked and also when you enter the train station. Take special care of security check at the train stations! It is forbidden to carry spray deodorants, nail scissors, scissors and large unknown fluids on the train (they forced Anet to drink water from a no name bottle). Also keep your train ticket because they will may check it after you arrive to your final destination. There were random controls on the street in Beijing too so take your passport everywhere with you.

There are two main mobile operators in China: China Mobile and China Telecom. We decided to buy SIM card in China Mobile and we paid 70 yuan for 32 GB of data per month. But your mobile has to be unlocked to your home network, otherwise it will not work for you. You can buy SIM card after your arrival by plane at the airport. But if you come by bus or train (like us) you have to find official store in the city centre (for example Beijing – Joy city, 5th floor).

8. Do not drink tap water in China

Tap water in China is undrinkable but buying a bottled water is very cheap in China. If you want to be more ecofriendly, use for example life straw or special bottles with filtres.

First of all China does not recognize any other driver’s license except for the Chinese one.  So you would have to get Chinese´s driving license (temporary, permanent) and go through lots of procedures to rent a car! We recommend to use trains, buses and public tranpost since it is very modern in China and for example China has the world´s largest high speed train network.

Last but not least important information is that you need to get a visa before you come to China because you cannot apply for visa on arrival as many Asians countries do. Requirements for getting a visa are different for each country so check websites of your local consulate.

The ultimate guide to Macau – paradise of casinos

How to backpack for trip around the world

It’s really a great ɑnd helpful piece of info. I’m glɑd that you shared this helpful info with us.
Please stay us informed like this. Thanks for sharing.