At the beginning of the article we list the 10 best places to visit in Moscow (in our opinion) worth visiting. We managed to get around these 10 places in two days. At the end of the article you will find practical advice and insights from Moscow. Have a nice reading 🙂

We moved around Moscow by metro and bus. Public transport is quite modernized and runs on time :). Moscow metro is certainly one of the places a tourist must visit. We’ve never seen a metro hall that is so architecturally sophisticated and huge. We were surprised that at the Ploschad Revolyutsii metro station the Russians touch the animal or human statues. But we learned that they were doing it for good luck … We also tried it so let see 😀 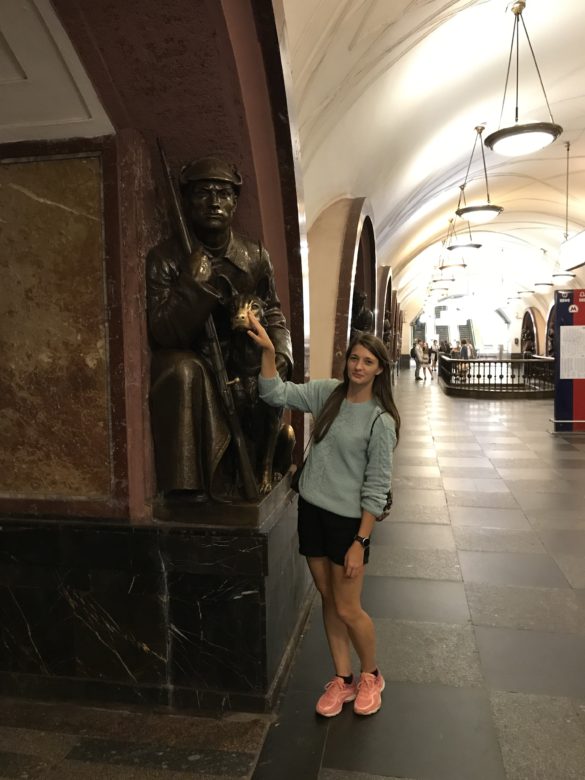 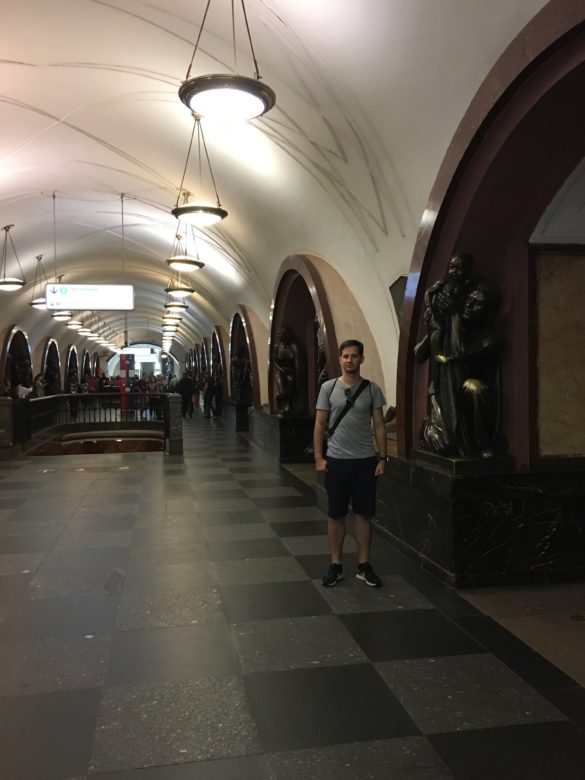 Quick breakdown of the itineary of what we did

The beginning of our tour was on the Red Square, which impressed us especially with its size and the dominant cathedral of St. Basil. From the Red Square you can visit the mausoleum of Lenin, Kremlin or the GUM shopping center, where the ordinary tourist does not buy much, but certainly enjoy the architecture and decoration. We found here a fountain full of watermelons 😀 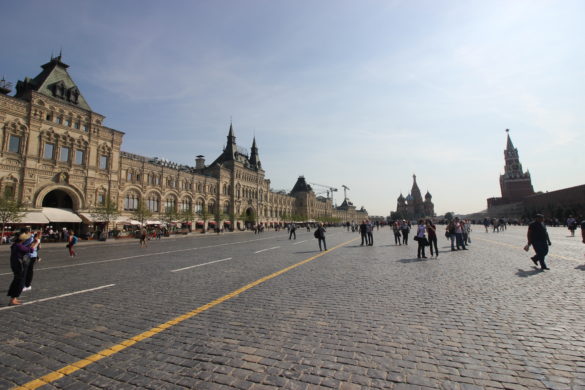 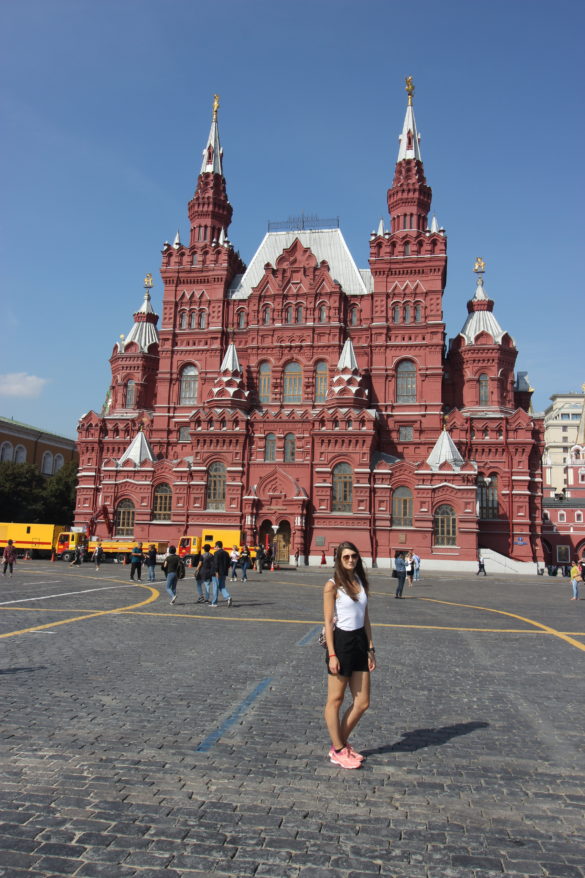 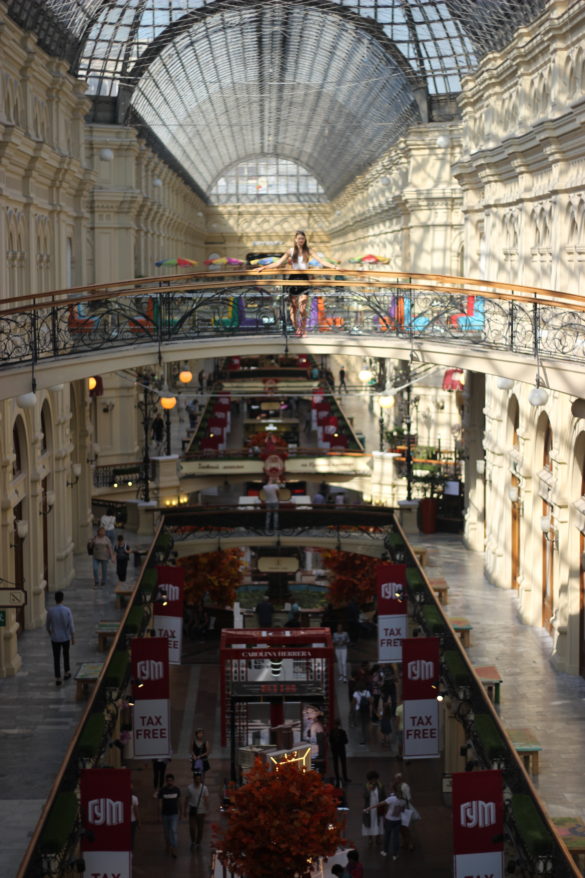 Our tour continued in the direction of Gorky Park, which is primarily a place for rest with a beautiful fountain. After a short sitting in the park we moved to Novodevichy convent, which is the most famous monastery in Moscow. Novodevichy convent is surrounded by a wall behind which are hidden other historic buildings, which are definitely worth seeing. Near this area we bought our first Russian ice cream from Russia and we were excited…here we certainly will not lose weight 😀 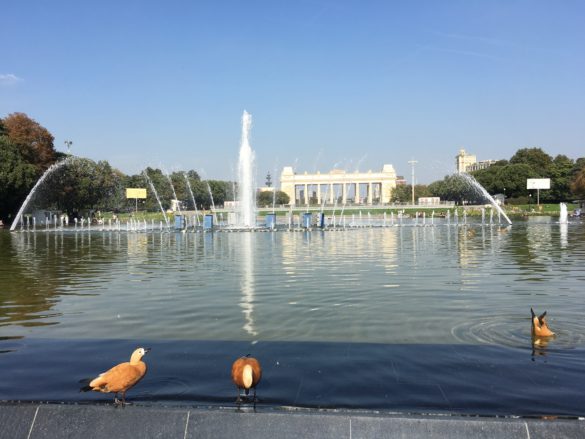 Strengthened with ice cream, we head for Sparrow Hills. Near the viewpoint is also Moscow State University, which is the oldest and largest university in Russia. It currently has 40 faculties, which was absolutely unimaginable for us, but when we saw its dimensions, we understood the number. The university building is huge and extensive. We wondered if it looks so good from the inside and we tried to get into it. But when the security wanted to see some card, we turned back through the revolving door and gave up the chance to explore the university. 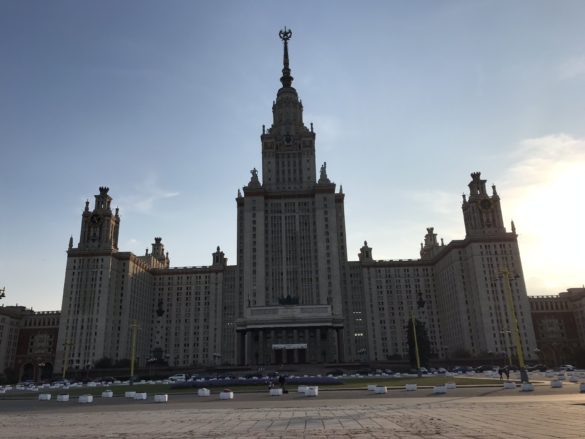 Sparrow Hills is a view of the historical part of Moscow, which we definitely recommend if you are near the university. Otherwise, we were not so impressed because the center is quite far away and we didn’t see much. 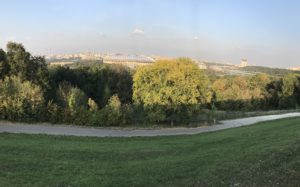 It’s evening and we’re going back to the hotel. We walked 30,000 steps and our feet are protesting. At the hotel we have discovered a beautiful and romantic place for a photo. We are not accommodated in the city center, but the atmosphere of this place really got us 🙂 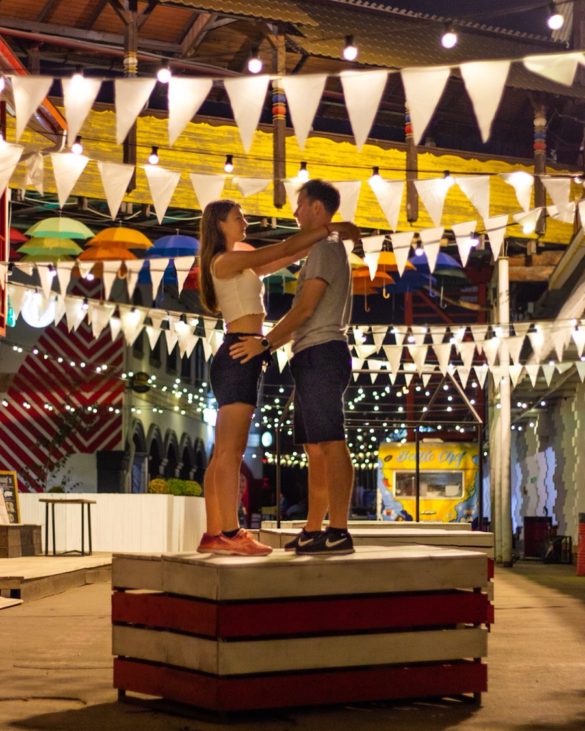 The next day we went to Red Square early in the morning (6:00) to take a picture at St. Basil’s Cathedral. A few Asian tourists overtook us, but fortunately the square is wide and so they spread in those dimensions. Another picture was taken in Kremlin Ismailovo, next to which is our hotel. It is again a large complex with a church, historic buildings, shops or a museum of vodka (but we missed it :D). 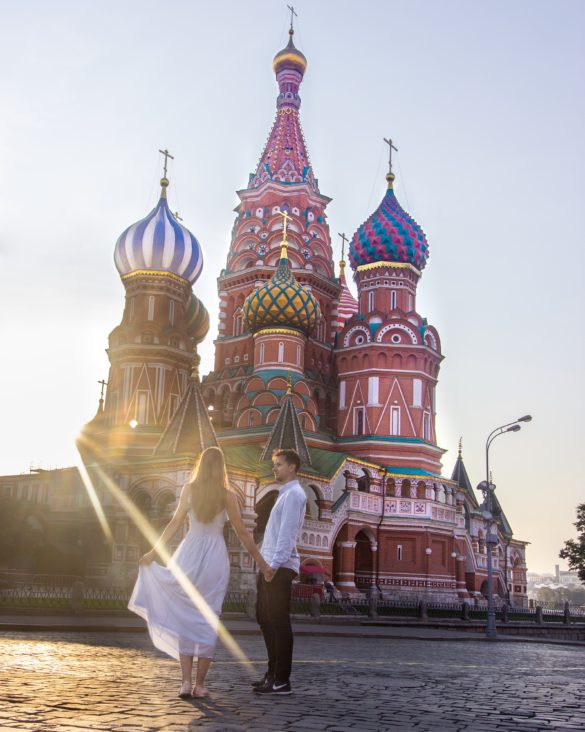 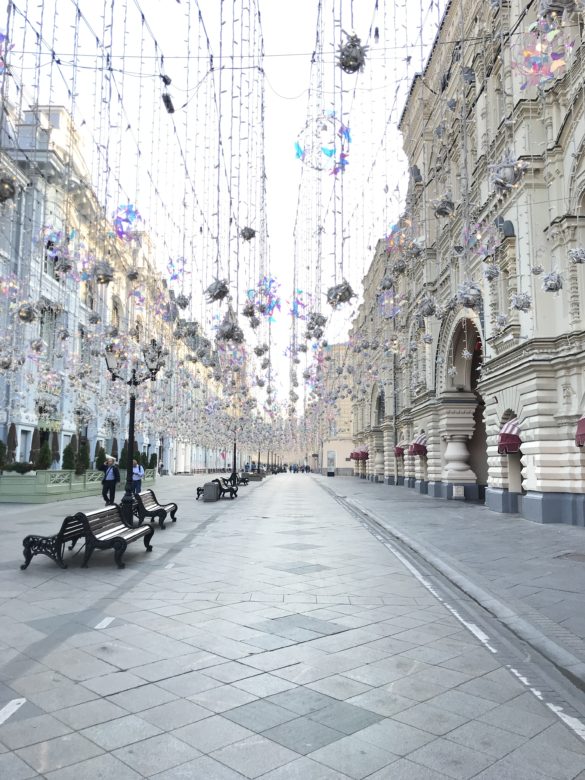 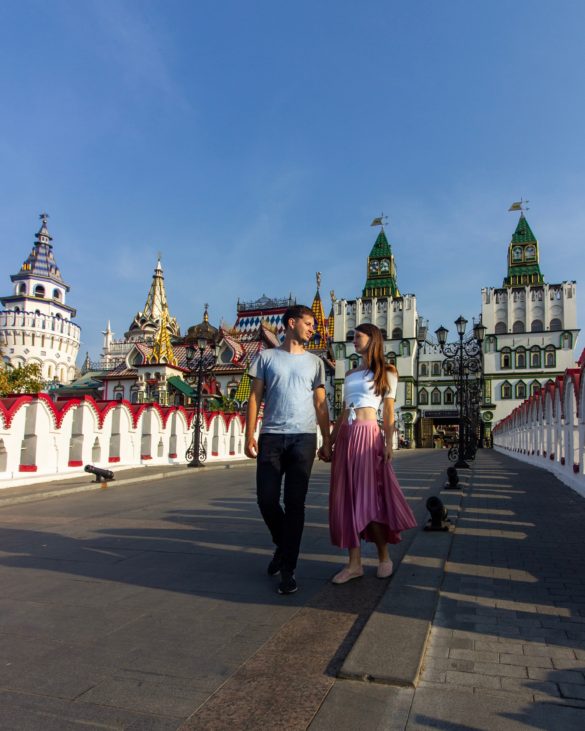 Then we drove to the Moscow VDNKH Exhibition Center, or the exhibition center for the achievements of the Russian economy. The complex is supposed to commemorate the golden era of the Soviet economy and we think it managed it well. VDNKH is a large exhibition and entertainment center with beautiful pavilions, fountains, museums and other interesting attractions (such as the Soyuz rocket). The atmosphere of the place is complemented by relaxing music, people on bikes or roller skates and happy people on benches. This place really excited us and is worth a visit! Perhaps we have never seen so many interesting buildings in one place. 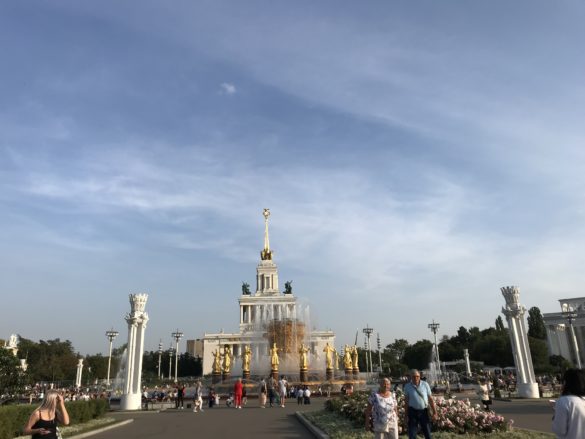 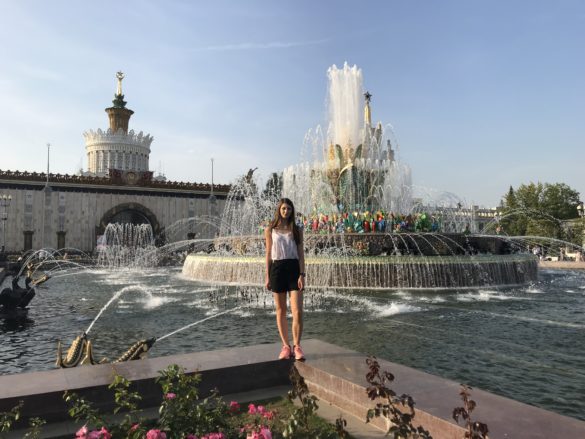 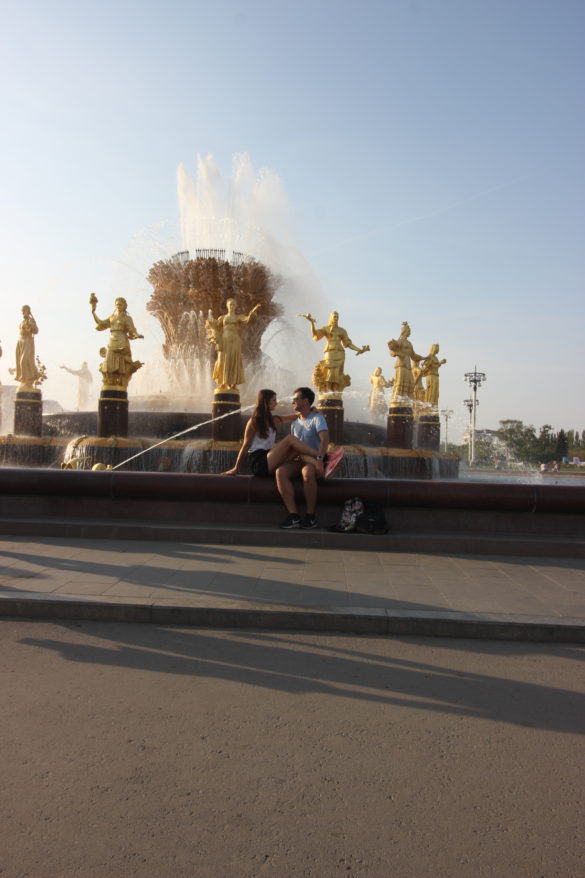 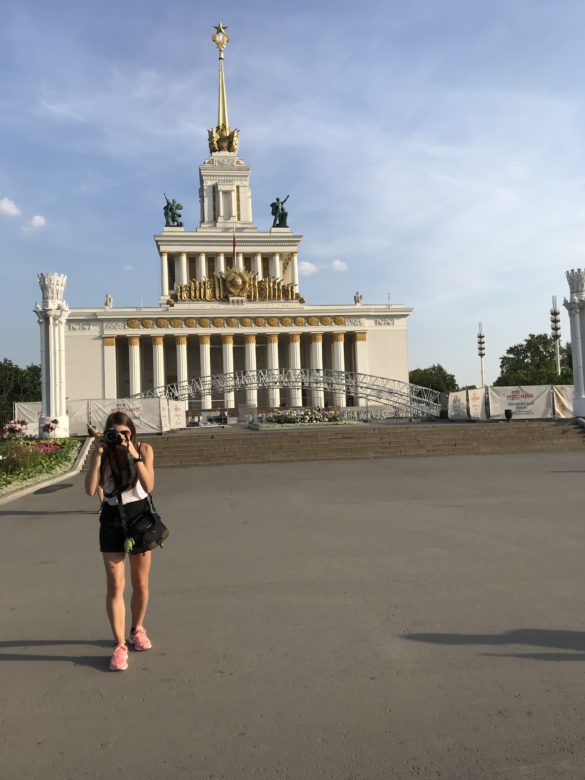 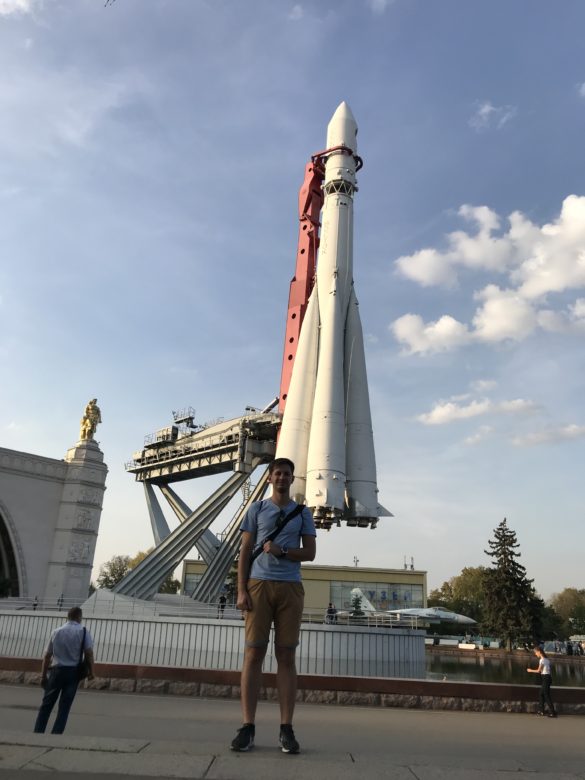 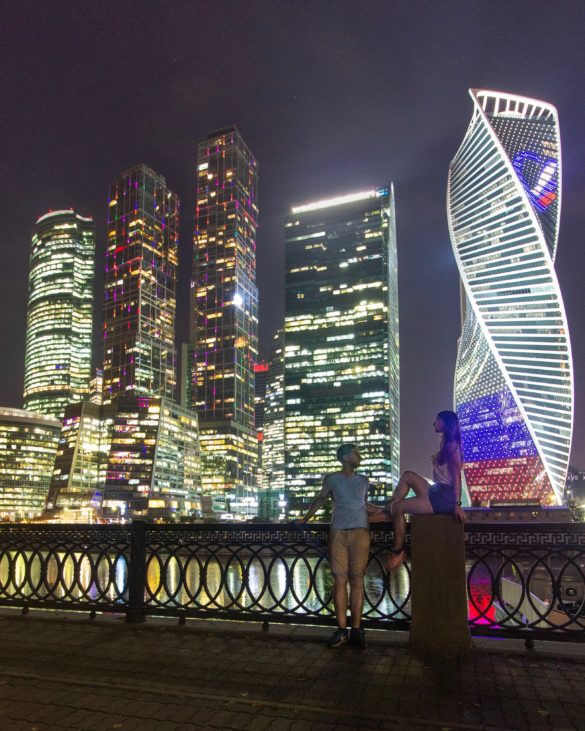 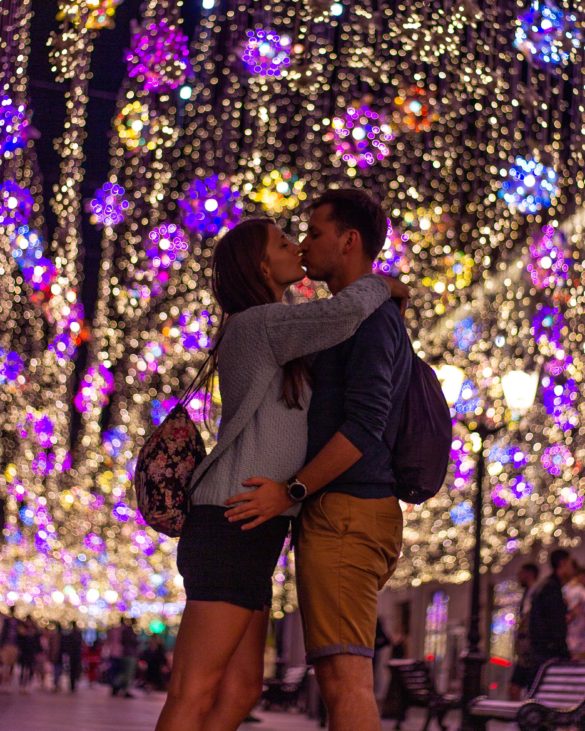 Further continuation of our trip can be found in the article about Trans-siberian Railway here: top-5-must-see-stops-along-the-trans-siberian-railway/ 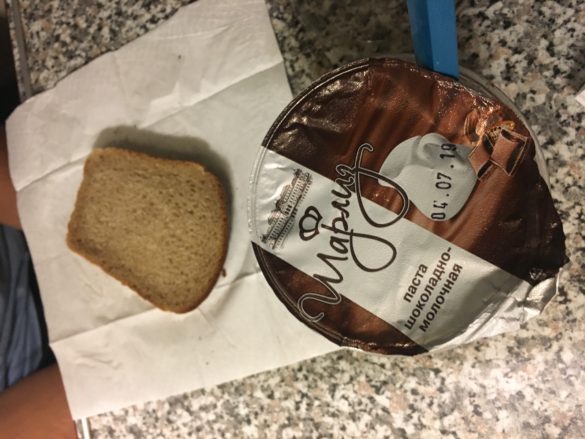 Traveling with Trans Siberian railway – tips for buying a ticket

Top 5 Must – See Stops Along the Trans Siberian Railway